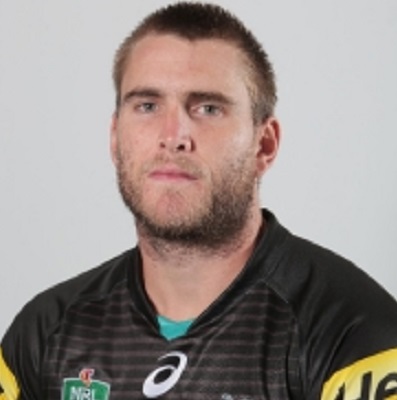 Tweed Heads junior who captained the Gold Coast Titans Under 20s team in 2008 before moving to the Tweed Heads Seagulls in the Queensland Cup. It was from there that he was signed by the Panthers for the 2012 season.

Making his NRL debut early in the 2012 season off the bench, the forward would make a total of 17 appearances in his first season in the top grade, later being a starting second rower as well as lock and scoring two tries.

After starting the 2013 season in the NSW Cup, where he would be the starting hooker, he would return to the NRL team midway through the season, making 10 more appearances, once again mostly off the bench but finishing the season as the starting lock.

Whilst he was contracted to the Panthers in 2014, he was not able to crack it into the NRL squad, however, he played a large role in the Panthers winning the NSW Cup grand final and was named as the lock of the year for that competition.

Citing further opportunities in the NRL, Simpkins returned to the Titans in 2015, where he would make 25 appearances across four seasons before retiring at the end of the 2018 season.