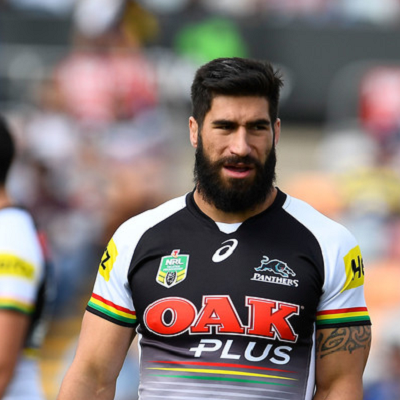 New Zealand born forward who played Under 20s at the Sydney Roosters before heading north to the North Queensland Cowboys, making his NRL debut in 2009. After 8 seasons at the Cowboys, which included a premiership in 2015, as well as appearances for New South Wales and Australia, the front rower arrived at the Panthers in 2017 as a marquee signing.

Tamou started in the front row for all 26 matches for the Panthers in 2017, including the two finals matches. Although his form was consistent, it was not enough for him to be selected for New South Wales or Australia but was selected for City in the last ever City-Country origin match.

2018 saw him used more as an impact player off the bench, but was once again one of the more durable players, only missing one match throughout the season.

2018 saw him used more as an impact player off the bench, but was once again one of the more durable players, only missing one match throughout the season.

In 2019 he was part of the five man captaincy group at the start of the season before being appointed as the stand alone captain after five rounds, also appearing in all 24 matches.

He retained the captaincy in 2020, as the Panthers finished minor premiers and became the fourth captain to lead Penrith into a grand final.

The loss versus Melbourne was his last at Penrith, shifting to Wests Tigers in 2021. After two seasons, he is returning to the Cowboys in 2023 in what will be likely his final season.